An update on the new Telraam sensor

Over the past few months there has been a lot of development work done on the new Telraam sensor, and we thought it was time to update you on this work. 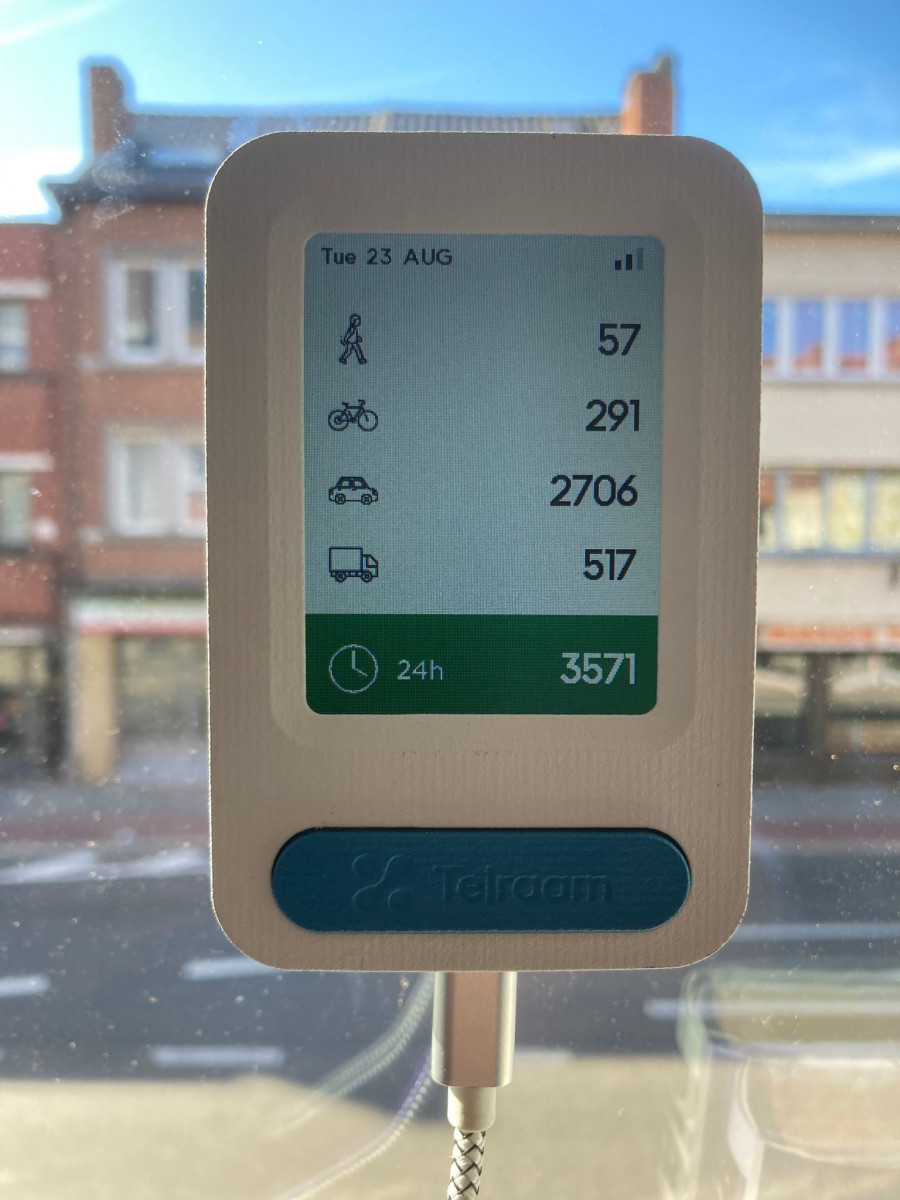 We have news regarding the name, the screen, casings, packaging and also the detection script. As a team that is committed to openness, we look to share all the news, which includes the delays as well as our successes, to keep you fully updated.

Firstly, we have decided on an official name for the new sensor: “Telraam S2”. This stands for Telraam Sensor 2. We wanted to keep it short and simple, and of course to have ‘Telraam’ in the name. The S2 is not just an upgraded version of our original sensor, it is a new approach, and so this is not a ‘V2’, but a whole new Sensor. Welcome to ‘S2’!

During the summer period we didn’t only give this arrival a new name, but we received the latest production prototype as well. This prototype included an LCD screen instead of the E-INK screen we had been trialling. The most important benefits of having the LCD screen are the aesthetics, how clear the view is and a faster refresh-rate. It also allows the screen to be ‘off’ if not required so as not to cause a distraction if placed in a lounge or bedroom window, for example.

Casings made with 'injection moulding' technique

For design purposes, the casings of this (and previous) prototypes are all 3D printed, because it’s a fast way of creating and iterating the casing design. Of course, for the final production we will use a more industrial ‘injection moulding’ technique, not least because of the cost price of 3D printing. While this process is faster and cheaper, it is also less flexible and we needed to finalise the design of the casing in order to create the S2 mould. The lead time on making this mould has been one of the biggest challenges we faced in order to run a first big batch.

The good news is that we ordered our mould recently, and so after a first small production run, we will be able to give feedback and make final alterations for the actual full production run. The process of receiving the first mould, having a first production run and then giving feedback could still take a few months.

Having put the effort into such a beautiful and practical product, we should deliver it in equally nice packaging, so we are moving from a plain cardboard for the Telraam V1, to a customised design for Telraam S2.

Starting with the moment you open the Telraam S2 box, we want to give you the best possible experience. The S2 will reach an even wider audience all over the world and we hope that wherever you are, you are delighted and empowered to get started.

We are excited to share an image of the prototype of the packaging (below) and that the latest feedback has been sent to the manufacturer so we hope to see the final version in a few weeks.

As well as the updates on the physical product, we have also received news relating to the software. While there are still iterations ongoing to further improve the AI detection scripts, we can already share that the Telraam S2 accuracy for the number of cars is even greater than with Telraam V1, reaching +/-95% for the few test sites we have data for. Preliminary tests also show increased accuracy for bike/pedestrians (80% or higher), but we do expect those figures to improve further with more tweaking in the coming weeks/months.

If all goes to plan, the first production batch of approximately 250 devices will be the beginning of Q1 in 2023. These particular devices are destined to be trialled and tested in two pilot sites in Flanders (Belgium) that are part of the COMPAIR project, and across a wider pilot project, whose details are still under wraps, unfortunately. Once we can share more about this, we most definitely will.

We will use this first production batch to validate the production process. After this validation, and any potential modifications in the process, we will be able to place the first big production order. This second, bigger, batch is -conditionally- expected around the end of Q1 in 2023.

We're ready for this adventure!

We realise, once again, the truth in the statement that “hardware is hard”, but that our team is strong and up to the challenge.

We want to thank everyone for their effort, feedback, ideas and patience, and a special thank you for cheering with us along the way to develop the best possible Telraam S2.

This story will most certainly be continued!